A Paros Proposal | Melissa A. Wiringi

In 2012, when we (I) began planning our “trip of a lifetime” (in all honesty, back then I truly thought “this is it, I might never go again”), I stumbled upon a picture that seemed to pop up frequently on Facebook. I soon discovered, this amazing, sparkling pool, overlooking the most stunning sunset was located at the Hotel Senia, located on Paros Island, Greece. I set about booking, and this helped us to decide our end point. We would start out galavanting across as many places as we could for the first two and a bit weeks, then spend the last couple of weeks relaxing on Greek Islands, finally heading home to Sydney from Athens.

We arrived in Paros after a relaxing time in Santorini. All the perfect proposals I had dreamed of (the Eiffel Tower, San Sebastian, or during a really romantic Santorini sunset) had not eventuated. I had resigned myself to another year of girlfriend status (not implying anything bad about this, but I really badly wanted to be married before I hit 30)…

We experienced the island with a little rental car. We spent a lot of the time relaxing at a beach club. We thoroughly explored the island, driving down small dirt roads (or perhaps driveways?) to see if we could find a tiny uninhabited beach. Clearly I hadn’t been to Greece before, as every impossible beach we found had humans on it. There was one beach with no people on it. But it also lacked sand. There were lots of stones and rocks, but it didn’t make for a very comfortable swimming location! 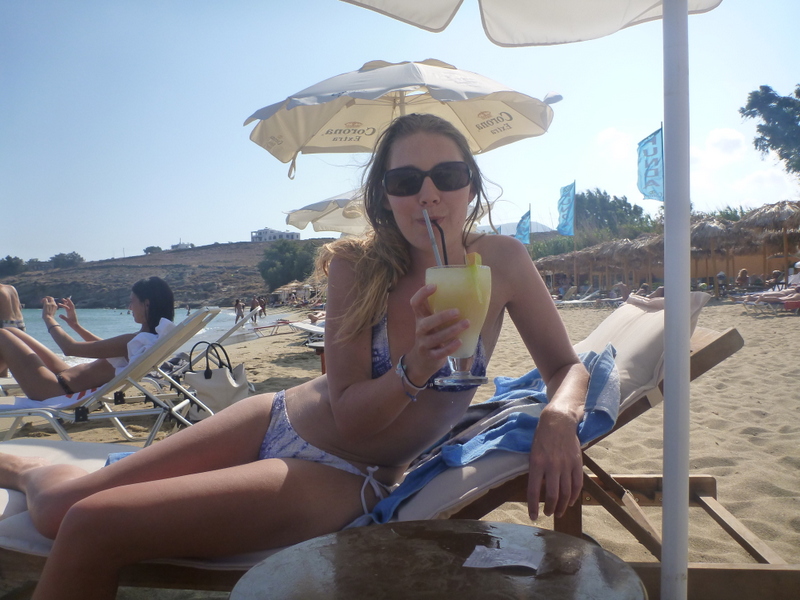 In Paros, at the end of our journey, we decided to skip restaurant dinners. After almost a month of endless date nights out, spending hideous amounts of money, I was over the whole eating out buzz (when we started the trip it was a real novelty – parents understand what I’m talking about!). I was totally over getting seated, getting a menu, pondering the menu, ordering. Then waiting. Then eating, which is always enjoyable. The wait for the bill that follows just added to time, and by the end of our trip I was done on the daily two to three hour meal. So we got takeaway. Huge kebabs, chips and drinks. And they cost us 12 Euro. For both of us. We did have a laugh, we figured we could’ve saved between 2 and 3 thousand if we just had takeaways like that every other night! 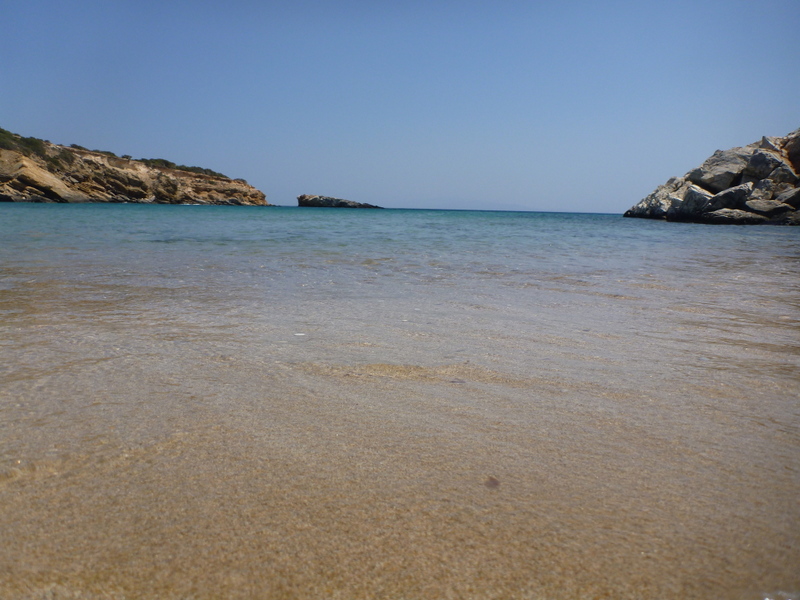 Both Rimaha and I had hoped to go sailing, on a yacht. However the booking agent in Paros mistook the words “sailing trip on a yacht”, to mean “a boat tour”. We were a little disappointed, but we did see some amazing islands and spent a day in Mykonos. Seeing as we arrived to their very strong Meltemi winds, we wouldn’t have got to sail, even if we had booked. So it all worked out fine.

One evening, July 18, the day before we headed to Athens, we were sitting by the Hotel Senia pool. We had a small table, a fabulous view of the setting sun, and my wonderful darling had his new guitar he bought in Spain. He started singing and playing K-Ci & JoJo, All My Life, he seemed a bit nervous. When the song finished, he put down the guitar, got down on one knee, and proposed. I was quite blown away. I had waited the entire trip, hoping and wishing for a moment that felt as though it mightn’t happen. And here it was, with only a few days until we were to return home. On an unsuspecting island in Greece. It was the perfect proposal, even if it hadn’t been in my daydreams. That is probably what makes it even better, that I had given up on a fantasy proposal! Someday we’ll make it back there. And we’ll be able to bring our children to show them the place where one of my big dreams became a reality.

To receive my monthly fearless, free and fulfilled mailout, enter your name and email address, then click subscribe below.